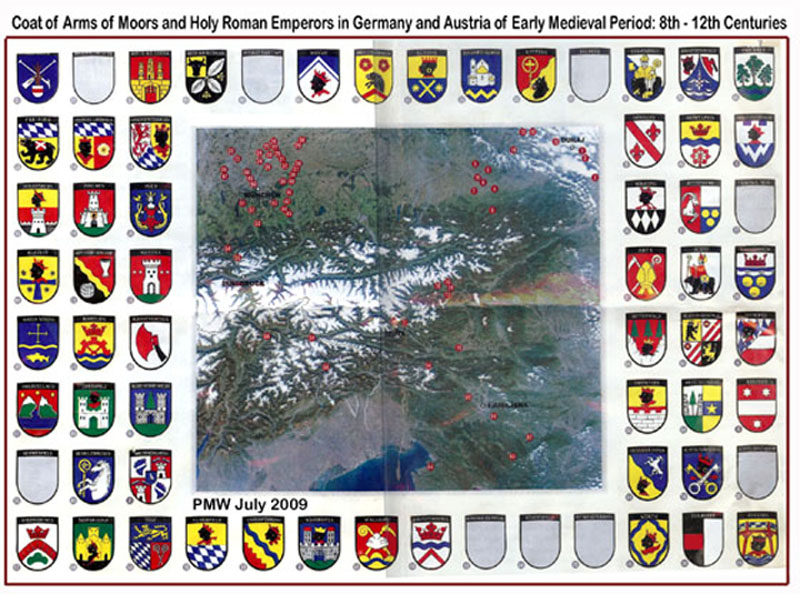 This blog is to inform Moors and non Moors who subscribe to the Sovereign Citizen belief as to the meaning and application of Capitis Diminutio in general because it is definitely something Moors and those known as African Americans, Blacks or Negroes were subjected to in the United States of America. See Introduction to Moorish Race and Nationality

White and Black Sovereign U.S. Citizens (USA Nationals) have been presenting to the public that the phrase  Capitis Diminutio Maxima means a maximum loss of status through the use of capitalization of letters, e.g. JOHN DOE or DOE JOHN which is false and clearly a misconstrued perception. The Romans didn't have lower case letters.

Capitis deminutio or capitis diminutio, (lit. "decrease of head") is a term used in Roman law, referring to the extinguishing, either in whole or in part, of a person's former legal capacity. See Status Correction Course Book Volume One

"Whereas Africans forced into slavery were brutalized, humiliated, dehumanized, and subjected to the indignity of being stripped of their names and heritage. See H. RES. 194 In the House of Representatives, U. S., July 29, 2008 RESOLUTION"See Status Correction Course Book Volume Two

The capacity for that condition of loss of legal personality, or the liability to become property, being since that period, confined to the Indian races of America, and African Moors and Negroes; 1. Banc., 167,--that natives from the coast of the America were kidnapped by slavers" cites Peter Martr d' Anghiera, d. VII., C. 1, 2. Hakluuyt, v. 404, 405, 407. See The Law of Freedom and Bondage in the United States, Volume 1 By John Codman Hurd

The so called White (european) Slaves in the U.S.A. were not stripped of their Names and Heritage and their descendants today for the most part still carry their names and know if they are Irish, Scottish, German, Polish, Welsh, etc.

Capitis Diminutio was codified into the Apologies for Slavery under the phrase:

"Stripped of Name and Heritage". 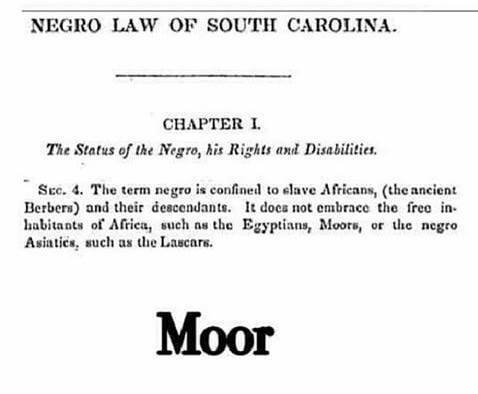 The Negro [Black] Law of South Carolina as shown for example demonstrates that  the South Carolina Law makers wrote into the law that enslaved Moors, Egyptians, Asiatics and Lascars who were to be known in law as Negroes [Blacks]. See Introduction to Moorish Nationality and Status

This law is an example of how Moors were stripped of the Race and Nationality [Heritage] because they were in Slavery, which fits the meaning of Capitis Dimunutio like no other scenario. See Status Correction Volume I and II 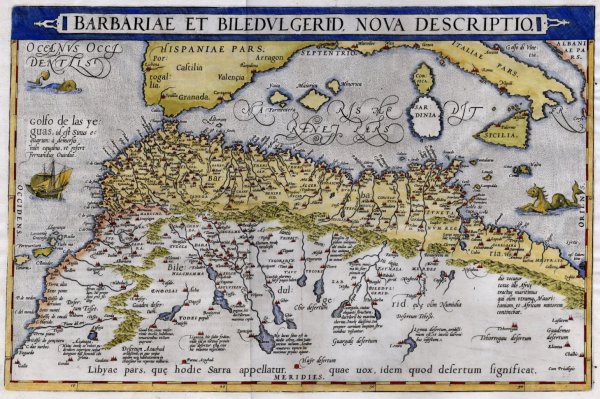 The legislatures used the terms "Slave African" to defined who would be "Negro [Black]" thus these terms do not originate as a Racial Group nor a Protected Class contrary to popular and social belief and U.S. lawmakers and lawyers know this.   See The "Twenty Negro Law", also known as the "Twenty Slave Law" and the "Twenty Nigger Law", was a piece of legislation enacted by the Confederate Congress during the American Civil War.

It is because of the attack on the Negro law by the Free Sundry Moors in 1790 whom purchased their freedom and knowing that the Sultan of Morocco had a treaty with the U.S.A. The Moors petitioned the South Carolina legislature as "Free Moors" that the exclusion clause was written in the law specifying that the term "Negro [Black] did not apply to "Free Moors", "Free Egyptians", "Free Asiatics" and "Free Lascars". See Introduction to Moorish Treaties

Ibn Battuta during his ravels in East and Central Africa. Upon visiting Somalian city of Zaila or Zeila, which-lies just east of a city aptly named Berbera, Battuta said: I traveled from Adan by sea for four days and arrived at the cit y of Zaial, the city of the Barbara, who are a people of the blacks....the inhabitants of Zaila are black in colour, a majority of them Rafidi [Rafidi refers to Shiites or rejectors of the first caliphs]

In Mogadishu, Battuta noted, "The Sultan is as we have mentioned, called only by the title of Sheikh. His name is Abu-Bakr, son of the Sheikh Omar, he is by the origin of the Berbers, and he speaks in Magdishi, but now the Arabic language."

The practice (Capitis Dimunito) was used by the character portraying father of Chaka Zulu, demonstrating that the practice is not exclusive to European or Christian law.

The Zulu King stated the practice procures: "A fate worse than death...a Boy without a Clan"

Whereas Moors (Arabs & Berbers) in the medieval times were Muslims for the most part and others practiced judaism and pagan belief systems and the Ethiopian version of Christianity or similar thereto but not "European Christianity" as developed by the English, Dutch or French outside of Ethiopia who joined the Holy Roman Empire , and therefore under the Christian Doctrine of Discovery the Muslim Moors were infidels &/or heathens to be baptized, stripped of their Moorish Islamic given names and given new european christian names in most cases.

This Sovereign Citizen concept that "Capital Letters" on the name affects "Status" was introduced by White Christian Sovereign citizens.

Lazy readers have adopted the belief and have been making youtube videos, etc running with this misconstrued notion about the Capital letters implying Loss of Status in context of the meaning of  Capitis deminutio or capitis diminutio