0
This group is specifically for people interested in joining, the Murakush Caliphate of America Corporation formed pursuant to the Treaties of Peace and Friendship.
167 Members
Join Us! In the name of Allah, the  most Compassionate, the most Merciful, and there is no might nor power

but in God, the Great, the High.

The Noble Qur'an: Al-Anfal 8:73
And those who disbelieve are allies to one another, (and) if you (Muslims of the whole world collectively) do not do so (i.e. become allies, as one united block with one Khalifah - chief Muslim ruler for the whole Muslim world to make victorious Allâh's Religion of Islâmic Monotheism), there will be Fitnah (wars, battles, polytheism, etc.) and oppression on earth, and a great mischief and corruption (appearance of polytheism).

the collective progression of our health, wealth, spiritual well being, commercial economic growth and political strength.

Murakush was founded by the act of expatriation of Native American Moors from United States of America Nationality.  The M.C.A. is an instrumentality of Murakush, that is an Islamic Corporation composed of North American Moors. Many commercially handicapped people feel that corporations are evil, and that Moors should not deal with them, however this is an uneducated presumption based on emotions and is in fact not true, and it is the only way for Moors to achieve the desired results of commercial freedom and liberty from subjectivity of other persons or people’s corporation(s). To examine whether Ancient civilizations possessed corporate entities it is important to identify the constituent elements of corporations. From there we can examine whether any entity existed in these civilizations that possessed such elements regardless of whether the entity was called a “corporation”. One of the first acts taken by the First Caliph Abu Bakr was the establishment of several Corps to secure the Empire.  Abu Bakr planned his strategy accordingly and formed the Muslim army into 11 corps. The strongest corps, and this was the main punch of the Muslim army, was that of Khalid ibn al-Walid and was used to fight the most powerful of the rebel forces. Other corps were given areas of secondary importance in which to bring the less dangerous apostate tribes.  The Moroccan Sultan Moulay Ismail (1672–1727) raised a corps of 150,000 Moors from below the Sahara, historically called his Black Guard (in Arabic, Abid عبد, from a root meaning "subject") were the Corps of Moorish soldiers assembled by the Alaouite sultan of Morocco.This is why all official Murakush members must be Moorish Patriates.

or expand on American soil without jumping through any more hoops than a U.S.-born business owner.

However, companies owned by foreign nationals who want to do business

or company (LLC) and whether they plan to maintain a presence in the United States with offices and employees. There are a host of other details to factor into the equation — including differences in language and business practices— but following are the main ones to consider when crossing borders and oceans.

It is the overall goal and mission of the M.C.A. (As a Moorish National and ecclesiastical Islamic Entity) to establish an Islamic Corporate Empire owned by Moors and achieve international recognition of statehood for the Murakush Caliphate so that we will perfect our overall collective sovereignty as Moors in America. The realization of our struggles for nationhood can only be established in the aforementioned progressive manner, applicable to our current condition, situation and circumstances. This is the first step

in a long journey!

From the servant of God, Muhammed, son of Abdallah, may God bestow His favor upon him. Amen!

"He (Abu Bakr) was tall and black-skinned"

"I and my father came in a group to Abu Bakr and we entered in upon him in his sickness, that which he died in and I saw him as a black skinned man who was of a thin frame."

2.] Umar ibn al-Khattab was the second Rashidun Khalif, an Arab from the Banu Adi. What did he look like?

3.] Uthman ibn Affan was the third of the Rashidun Khalifs. He was from the Banu Umayya of the Quraysh tribe. What did he look like?

4.] Ali ibn Abi Talib was the fourth of the Rashidun Khalifs, the first cousin of the Prophet from the Banu Hashim of the Quraysh tribe. What did he look like?

Al-Suyouti says in his Tarikh Al-Khulafa:

"Ali was a heavyset, bald, hairy man of average height which leaned toward shortness. He had a large stomach and a large beard which filled all that was between his shoulders. His beard was white as if it was cotton and he was a very black-skinned man (adam, shadid al-udma)."

of Formation. What comes along with the Certificate is an Arabic Version and Murakush Apostille Certifications. Send your inquiry to Sultanatesofmurakush@gmail.com.

The Prophet Mohammad and the First Muslim State  by Dr. Mohammad Mahmoud Ghali


Governing America: The Politics of a Divided Democracy (Paperback)
by Robert Singh (Editor) 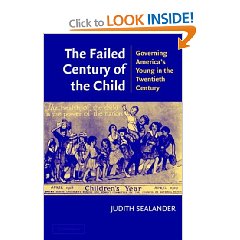 How to Start Your Own Country in Four Easy Steps

With Kosovo unilaterally declaring independence and a host of wannabe states looking to follow its lead, you might be thinking it’s about time to set up your own country. You’ve picked out a flag, written a national anthem, even printed up money with your face on it. But what’s the next step? Creating a new country isn’t as easy as you think.

Step 1: Make sure you are eligible

As tempting as it might be to declare your cubicle a sovereign state, customary international law actually does specify minimum standards for statehood.

You must have a defined territory.

You must have a permanent population.

You must have a government.

Your government must be capable of interacting with other states. (This one is somewhat controversial. It was included...

How to Start Your Own Country

Anyone can start their own country! That doesn't mean that people will recognize it, but hey, they generally won't stop you from trying--as long as they don't see it as a threat. So if you'd like to do your own thing in your own country, here's how to establish a micronation. It can be as small as your house, or as big as your city!

Find territory for your micronation. Most micronationalists use their houses, land no one wants, or land on other planets. Some micronations exist on land unclaimed by other countries because of a loophole in a treaty. The Republic of Indian Stream, for example, was on land between the U.S. and Canada but is not under the jurisdiction of either because of ambiguous terms in the Treaty of Paris.[1] If you can't find land, though, make some! One millionaire activist piled sand onto a reef located in the Pacific Ocean south of Fiji and created an artificial island to start the Republic of Minerva.[2] But if you're not rich enough to make land, then just make it up--some of the more lighthearted micronations claim land on imaginary continents or planets.

Set up a government and constitution. This is a good time to consider why you're starting a country, and how you would like it to turn out. Here are some examples:

Recreating the past - e.g. Nova Roma, dedicated "to the restoration of classical Roman religion, culture and virtues".

Just for fun - e.g. the Aerican Empire, based on strong senses of humour and a love of science fiction, fantasy, and games.[5]

To promote an agenda - e.g. Gay and Lesbian Kingdom of the Coral Sea Islands, on the uninhabited Coral Sea Islands off the coast of Queensland, in response to the Australian government's refusal to recognize same-sex marriage.[6]

Acquire citizens. You can have only yourself, if you want, or anyone who wants to join. Setting up a website, however, will help publicize your micronation to potential citizens around the world. You must also decide what you require of your citizens. Do they have to pass a test? Abide by certain laws? And what will they have to identify themselves as citizens of your country - A passport? Driver's license? Badge?

Decide on symbols for your country. You should have a flag, a coat of arms, and any other way to represent yourself. Once you have symbols chosen, you can issue stamps, medals, and currency, if you'd like. Some micronations go as far as inventing their own culture and language. Of course, you might be content to create your own letterhead. After all, it's your country!

Join an organisation. There are quite a few organisations specifically for micronations and people trying to create their own countries. They might be a more general 'UN-style' organisation, like the Organisation of Active Micronations (OAM)[7] or the League of Secessionist States (LoSS), or they may have more specific aims, like the Micronational Cartography Society (MCS)[8]. They can be a great way to meet other micronationalists and can help you and your micronation in many different ways.

Set up an army. It's a fundamentalist obligation for every state (small or big)to be able to defend yourself from potential enemies.However this task will led to another problem. Before you make an army you should think more about your economy and your budget in particular. Remember: A country cannot exist without financial support and a military.

Have you ever wanted a place of your own, that’s not a paper universe? What about a country, a nation, a place to call your own (other than your room of course)?!? Well, follow these easy steps to have your own small nation! (note, without 10,00 people and over 100 square miles of land, a country is not officially a "country", its just land owned by somebody and belongs to the country of which it is currently located in).

Think of the name, like Zachtopia might not be good; go to a name generator, even a fantasy name generator may be good, as they can produce some awesome names, like maybe Versild, or Lilaktia. Make sure it's not too short, not inappropriate, not too long and not to hard to pronounce.

of 2 Next
This reply was deleted.
E-mail me when people leave their comments –
Follow